« Back to Research Page

The Developing an Embodied Carbon Policy Reduction Calculator report summarizes findings from the development of a proof-of-concept calculator and pilot study focused on estimating the carbon savings potentials of city-wide embodied carbon policies.

The Carbon Leadership Forum and C40 Clean Construction teams collaborated in 2021 to develop a proof-of-concept for an embodied carbon policy reduction calculator, described in this report. The goal of this study was to:

The calculators described in this report are proof-of-concept: they are still limited in their ability for comparative decision-making at this time due to the gaps in data identified through this initial phase. Appendix B lists the priorities identified by the authors, contributors, and pilot cities necessary for their future development.

The team worked with New York City, Portland, and Austin (focusing on the South Central Waterfront neighborhood) to assess the total embodied carbon by 2050 for a baseline scenario and 3-6 reduction scenarios that correlated with the evaluated policy type.

Overall, policies requiring reductions in whole building embodied carbon were found to have the largest impact. The second-most impactful policy type based on the findings from the prototype calculators was incentivizing adaptive reuse, followed by low-carbon concrete and housing size policies.  These findings highlight the need for better research and benchmarks on the whole buildings of different building typologies to support more robust estimates of total carbon savings potentials associated with each, but also to enable cities to pass these policies.

The initial results from this proof-of-concept study and feedback from cities indicate that these calculators could be a powerful resource for enabling policymakers to use the carbon savings potential estimates to develop and advocate for the policy solutions that are right for their cities and achieve their cities’ goals.

The research team from the Carbon Leadership Forum at the University of Washington College of Built Environments:

This project would not have been possible without the contributions of the C40 Clean Construction Team:

This study was commissioned by and co-developed with C40, thanks to the support of the City of Oslo and Ingka Retail (Ingka Group). The work is independent and has not been commissioned by any business, government, or other institutions. We would like to thank the following individuals from the pilot cities for contributing their time and feedback:

We would like to thank EskewDumezRipple (EDR), GGLO, Kieran Timberlake, LMN Architects, Miller Hull, and Mithun for contributing LCA reference models and time to provide the collection of reference models that informed our research. 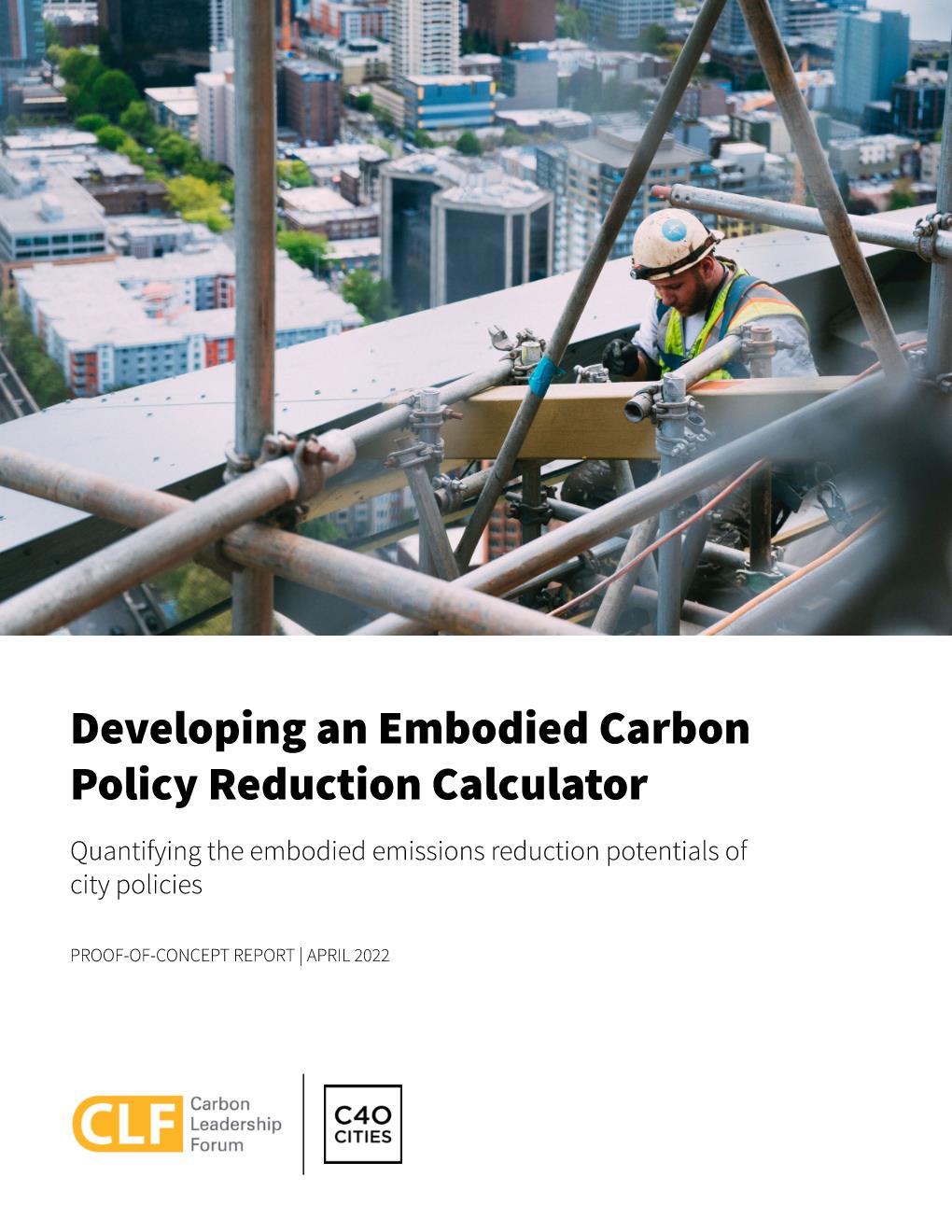