The United States spends billions of dollars each year on government procurement. In 2018, the United States spent $110 billion in federal non-defense investments in physical capital that among other things, result in the development of infrastructure like highways, bridges, etc. which support the overall long-term growth of the U.S. economy. President Joe Biden’s proposed American Jobs Plan aims to invest around $2.3 trillion this decade with $1.3 trillion going toward infrastructure spending. That means a substantial amount of construction materials including cement and steel will be used in government-funded projects.

Many governments around the world have already recognized the value of green public procurement (GPP) – otherwise often referred to in the U.S. as Buy Clean – as a policy instrument and are trying to leverage the money they invest in large contracts to achieve decarbonization goals.
In this study, Hasenbeigi, Shi, and Khutal estimated the CO2 emissions associated with cement and steel used in public construction projects and the potential impact of Buy Clean to reduce those emissions:

For the United States to meet its climate change mitigation commitment and stay in course to meet its Paris Agreement goals, it is crucial to address the carbon emissions embodied in public construction, especially for carbon-intensive materials such as cement and steel. While state-level Buy Clean policies are great to get started in the U.S., a federal Buy Clean policy is needed to have a larger impact especially in view of proposed infrastructure spending. 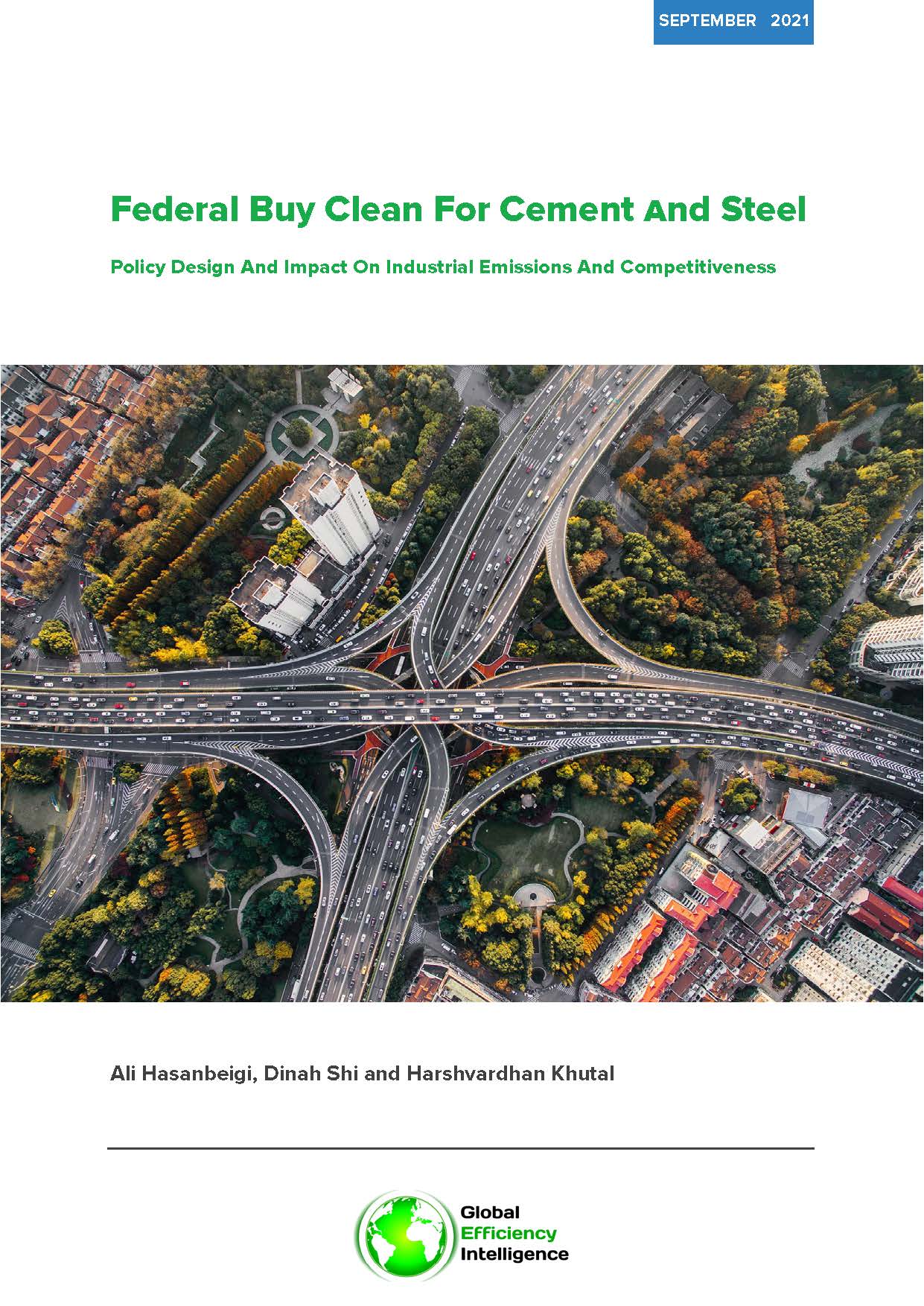