The MEP 2040 Challenge:
“All systems engineers shall advocate for and achieve net zero carbon in their projects: operational carbon by 2030 and embodied carbon by 2040.”

The Challenge from the Carbon Leadership Forum 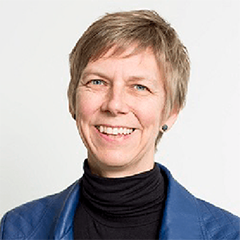 The Challenge demands more than vague promises by building designers to do better. It requires a set of solid commitments to take specific actions, including reducing refrigerants, requesting data from manufacturers, and becoming active participants in industry-wide efforts to decarbonize building systems.

We’d like to send our welcome and congratulations to the many MEP design firms and MEP manufacturers that have responded to this Challenge. We’ll need more of you to join in and figure out how to implement this challenge at scale.  It takes a movement to change a world!

The Commitment from Signatories

To address the impact of the built environment in climate change, systems engineers have a critical role to play in both operational and embodied carbon. While operational carbon has been a targeted with energy efficiency initiatives for some time, setting embodied carbon targets for systems is quite new.

By adopting this Commitment, each firm is confirming that it will:

Evolution of the Challenge

In January of 2021, a group of CLF members who are systems engineers and designers (focused on Mechanical, Electrical and Plumbing (MEP) systems) gathered to discuss how to galvanize MEP design firms and systems manufacturers to radically reduce embodied carbon in their projects and products. The group was inspired by the SE 2050 challenge from CLF calling for “all structural engineers to understand, reduce and ultimately eliminate embodied carbon in their projects by 2050.”

Beginning in May, 2021, the MEP 2040 team met with CLF staff as an ongoing working group to develop a data-driven commitment for MEP engineering firms to work towards total life cycle decarbonization including embodied along with operational carbon. Recognizing the increased urgency of action, this team set 2040 as their target!