Embodied emissions have been largely ignored until recently by regulators, manufacturers, architects, engineers and builders, but that is fast changing for obvious good reason: they constitute a big part of the climate problem.  In the United States, only one jurisdiction has successfully incorporated embodied carbon regulation into its code: Marin County, California.

Because there is a lack of understanding of what a regulation on embodied carbon would look like in a base code in the U.S., and a lack of current publicly available data to set targets for every building material, a staged approach is recommended:

Efficiency advocates and policy makers will recognize this as similar to the way that jurisdictions have moved from benchmarking policies to building performance standards, and a very similar set of steps can be used to move the embodied carbon market.

Read the full report to dive further into the opportunities for reducing embodied carbon in code, suggested code language, and a more in-depth discussion or data and targets for concrete, steel, and refrigerants. 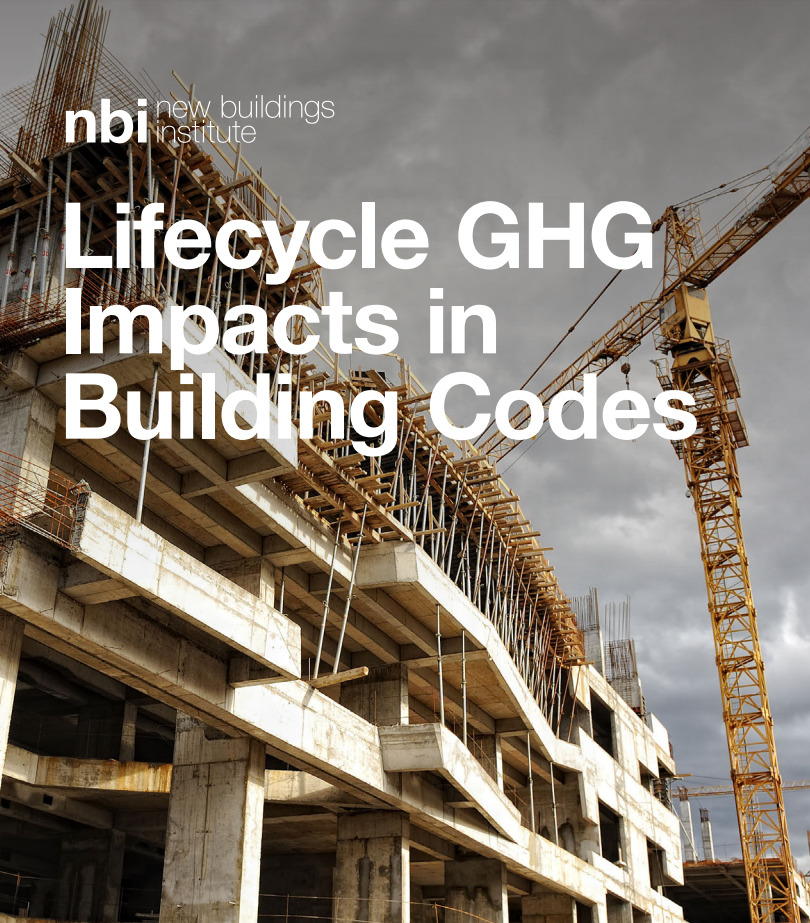