Proposed legislation in New York attacks a leading source of emissions that rarely gets noticed. 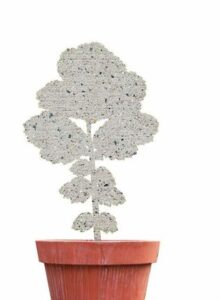 By the time today’s preschoolers hit middle age, the number of buildings on the planet is projected to double. An already unprecedented wave of urban migration will continue to grow, with two-thirds of the world’s population flocking to cities not yet on the map. And while sun and wind may power much of this new construction, the whopping majority will be built with roughly the same material used to construct the Pantheon nearly 2000 years ago—concrete.

Concrete involves three main components: water, aggregate (rock, sand, or gravel), and a binding agent to hold it all together. Portland cement, the most common binder, accounts for more annual carbon emissions than every country on the planet, except for the U.S. and China. Kate Simonen, an architect and founder of the Carbon Leadership Forum, notes that embodied emissions—those released from the manufacturing of industrial materials—are going to rise, at least as a percentage of the overall impact. “As building codes become more stringent and the electrical grid decarbonizes, the relative proportion of impact due to material production increases.”
But is it possible to clean up concrete’s supply chain? A new bill in New York is not only betting on it, but also that it’s scalable, with the right policies to nudge the industry forward.