“A Frankenstein material” is teeming with — and ultimately made by — photosynthetic microbes. And it can reproduce.

For centuries, builders have been making concrete roughly the same way: by mixing hard materials like sand with various binders, and hoping it stays fixed and rigid for a long time to come.

Now, an interdisciplinary team of researchers at the University of Colorado, Boulder, has created a rather different kind of concrete — one that is alive and can even reproduce. 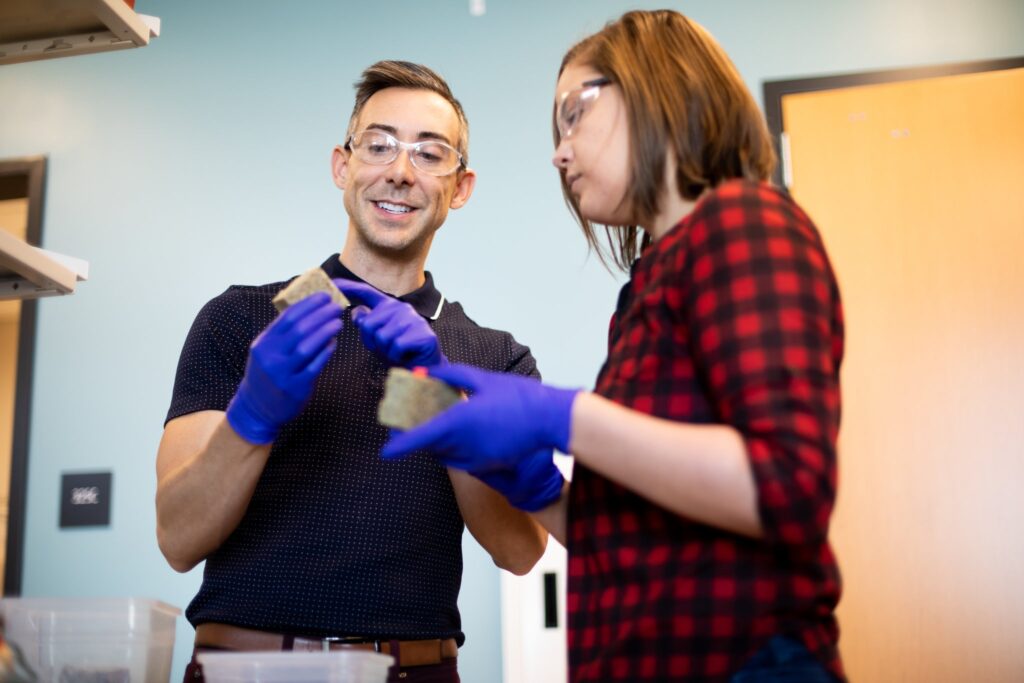 Minerals in the new material are deposited not by chemistry but by cyanobacteria, a common class of microbes that capture energy through photosynthesis. The photosynthetic process absorbs carbon dioxide, in stark contrast to the production of regular concrete, which spews huge amounts of that greenhouse gas.
Photosynthetic bacteria also give the concrete another unusual feature: a green color. “It really does look like a Frankenstein material,” said Wil Srubar, a structural engineer and the head of the research project. (The green color fades as the material dries.)

Other researchers have worked on incorporating biology into concrete, especially concrete that can heal its own cracks. A major advantage of the new material, its creators say, is that instead of adding bacteria to regular concrete — an inhospitable environment — their process is oriented around bacteria: enlisting them to build the concrete, and keeping them alive so they make more later on.

The new concrete, described Wednesday in the journal Matter, “represents a new and exciting class of low-carbon, designer construction materials,” said Andrea Hamilton, a concrete expert at the University of Strathclyde, in Scotland.

Read the full article in the New York Times