Long-time consumer brands operations and marketing specialist Jay Gould readily admits he has not always been one to innovate through the lens of sustainability. 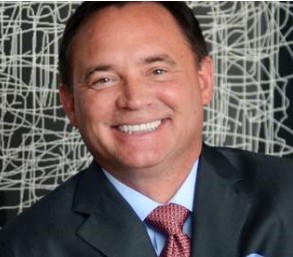 A “stern lecture” from activist Paul Hawken and immersion in biomimicry with biologist Janine Benyus contributed to the self-described skeptic’s change of heart. Today, as chief executive of Interface, Gould is a persistent, persuasive advocate for the flooring company’s bold mission announced several years ago, Climate Take Back.
There are four pillars to the Interface strategy: live zero in a way that “gives back whatever is taken from the Earth”; bring carbon back home where it can be turned into a resource; “let nature breathe” by creating an operational footprint that gives back to its surroundings (Interface is investing more than $100 million in overhauling its U.S. manufacturing facilities, and has bought into the “factory as a forest” movement); and leading an “industrial re-revolution” that prioritizes materials and products with a negative carbon footprint.
Like many corporate climate activists — although, sadly, too few with a chief executive title on their LinkedIn profile — Gould was in New York during Climate Week in late September, participating in meetings all over the city.
Among other things, he was on hand for an announcement by the Carbon Leadership Forum, which is teaming up with construction and development firm Skanska to create an open source version of the Embodied Carbon in Construction Calculator (EC3). The dashboard, originally developed by Skanska and Microsoft, helps companies track the amount of carbon emissions associated with the materials used during the construction phase of a building’s life.
Read the full interview on GreenBiz

Much like the mouse that roared, tiny Marin County, Calif., population 60,000, is making a big statement about low-carbon concrete. On Jan. 1, the...