Environmental Stewardship and Social Responsibility: We Can Do It All

By Donald I. King FAIA 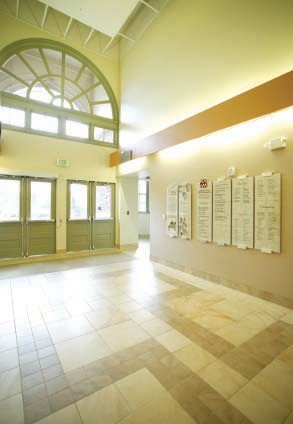 Entrance to the Colman School. The redesign of the interior included lowering the primary floor to the former basement level and artfully lowering the front door. Photo credit: Fawn Art Photography

Eco-consciousness and the selling of green design

For many of us who have worked in low-income communities for decades, combining green building applications with a concern for economic and social equity is a logical next step.

However, most members of underserved populations are not as environmentally aware as we might want them to be. Until recently, these groups were excluded from the movement of green design and construction. Sustainable design was not widely embraced among low-income communities because of the misconception that it is more expensive and certification, as the promoted measure of a successful green project, difficult to achieve.

This sentiment was exploited during Seattle’s 2008 “plastic shopping bag” tax initiative. The American Chemistry Council and 7-Eleven Stores were the primary donors to the Coalition to Stop the “Bag Tax”.

The small fee, a disincentive to reduce demand for plastic grocery bags, was touted in minority communities as a “regressive” tax disproportionately impacting poor neighborhoods. The tactic worked and the initiative was nearly defeated. For those familiar with the social dynamics prior to this campaign, this was no surprise. Support of green initiatives is vastly different between upper-income White neighborhoods and lower-income neighborhoods of color. The example of the bag tax, albeit less relevant to sustainable design issues, serves as a great example of the challenges ahead of us. The environmental movement has excluded a large part of the population from its mission and left framing the discussion, in these excluded communities, wide open to opponents.

The Leadership in Energy and Environmental Design (LEED™) methodology, although of great benefit, has been so dominant in our design and construction industry that for many it is considered the only measurable standard. Elite accreditation credentials and costly certification processes often discourage some less affluent project developers from taking high impact and affordable green actions.

In this advocacy period of the eco-economy, we are seeing the first widespread coupling of green techniques with new employment opportunities. Socially-conscious architects need to take the lead in advancing a more inclusive cause by advising their clients of the cost benefits of projects that are affordable to build, easier to maintain and that pass on economic and environmental advantages to the end-users. This approach can contribute to the proliferation of green-collar jobs for all.

Demystifying the rewards of a decarbonized economy for low-income populations is key to their inclusion. Plain talk and tangible success promote the idea that “green for all” is good for all. Higher pollution exposure in low-income neighborhoods, resource-wasting facilities and higher energy costs disproportionately burden the poor. The social inequity of our polluting and wasteful society can be seen in the higher volume of environmentally-based health problems and dysfunctional buildings with high utility costs in underprivileged communities.

Since our buildings impact everyone, we can begin to solve a multitude of our biggest social challenges with green building approaches. As designers of the built environment, we need to step up our commitment to improve the quality of life for all people.

We need to make every effort to show the Black community, in particular, the possibilities and payoffs that result from an environmentally responsible approach. We should champion the idea of how an environmentally conscious society can reduce carbon emissions, decrease dependence on fossil fuels, reduce energy-related costs, improve health outcomes, and create stable jobs for those Americans who have been excluded from recent economic windfalls. At a time when the country is in social transition, we in the profession are well-positioned to encourage community leadership to permanently improve the built environment in previously under-served communities. As architects expand their interest in providing energy efficiencies, water resourcefulness, and solid waste solutions. We also need to advocate for an inclusive decarbonized economy, and prioritize actions for those most vulnerable to environmental degradation and in need of job opportunities.

The Langston Hughes Performing Arts Center in Seattle’s Central District was once Congregation Bikur Cholem, a Jewish synagogue. Built in 1901, it was repurposed as a center for African-American performing arts by the Seattle Parks Department in 1983. Photo Credit: Ed Sozinho/Pro Image Photography

It is that easy being green: low hanging fruit and pragmatic net-zero carbon applications

Here in the real world of under-funded projects, community-based architects pragmatically apply green building features all the time. Small, affordable steps include home weatherization, household recycling, energy-conserving appliances, water-conserving plumbing fixtures, and energy-conserving water heaters. Resource-conserving measures have been adopted and used for decades, as the current proliferation of daylighting and natural ventilation, community pea patches, neighborhood farmers markets, bicycle commuting, sales of hybrid vehicles, and expanded use of public transportation illustrates. The array of green applications is nearly limitless when the public consciousness can identify these opportunities and their connection to greater public well-being and economic payoff.

Impoverished communities, with limited budgets for operating expenses, are most in need of high-performing buildings. Publicly subsidized programs that now offer incentives for energy efficiency should expand to include photovoltaic panels, potable water conservation and wastewater reuse. The resulting savings from not building additional electric production facilities, new water distribution systems, and wastewater treatment facilities should demonstrably offset public subsidies and ease the utility costs of the financially challenged. In addition, architects need to advocate for better land use and public funding policy that will help drive these much-needed changes.

Low carbon-use buildings in this country were more common until the mid-20th century. We need only look back 60 or 70 years to find building designs that met most of our needs with much less fossil fuel use and environmental impact. Current research and computer modeling can revive the use of these commonsense features and underscore their benefit. Utilization of modern computer modeling for daylighting and natural ventilation, for example, can help reclaim those useful building features from our past to make new buildings more resource-efficient, healthy, and enduring. Due to limited new building opportunities, Black communities are more familiar with occupying these older, less carbonized buildings and may be more accepting of these features that have proved effective or reliable in the past.

The Colman School’s adaptive reuse as the Northwest African American Museum and 36 units of affordable housing, although not LEED-certified, is an example of preserving a neighborhood icon while providing energy-efficient reuse and extending the life of a 100-year-old edifice for another 100 years. Photo credit: Fawn Art Photography.

Resource regeneration: everything but the “oink”

The popularity of household waste recycling and curb-side composting is a first step in mass resource regeneration. Most communities of color historically lacked an abundance of material resources and were forced to be more creative in resource management. My mother used to say that Black people in the old South used every part of the pig but the “oink.” Our contemporary lifestyle runs counter to the wisdom of many non-White cultures, that have customarily made maximum use of all resources.

Out of financial necessity, Black communities have renovated rather than built new. Adaptive reuse pre-dates landfills and is a familiar process in these communities. Use of urban buildings, abandoned in the flight of previous residents, show up as synagogues converted to performing arts centers, retail storefronts transformed into Baptist churches, and surplus public schools repurposed as affordable housing.

The Langston Hughes Performing Arts Center in Seattle’s Central District was once Congregation Bikur Cholem, a Jewish synagogue. Built in 1901, it was repurposed as a center for African American performing arts by the Seattle Parks Department in 1983. Happily, our built environmental design professionals, property developers, and public officials are beginning to respect and openly celebrate these preservations of great architecture as creative alternatives to new construction.

As planners, architects, and builders, the most decarbonized action we can take is to reuse existing buildings. Strategically substituting repurposing with new construction limits the need for timber harvesting, mining, manufacturing, and the consumption of new materials. It reduces the need for transport between each of these processes with its resulting carbon emissions. Upwards of 90% of embodied carbon is retained in the reuse of an existing building.

Repurposing is a significant way to avoid unnecessary embodied carbon emissions and saving significant neighborhood icons also helps stabilize communities by preserving their sense of historic connection, identity, and positive self-image. In down economies, when new construction can be cost-prohibitive, retrofit, renovation and reuse can be a labor-intensive yet less expensive development alternative. Both material and human resources can be reemployed for the jobs and economic rejuvenation that repurposing can generate.

Seattle’s Colman School’s adaptive reuse as the Northwest African American Museum and 36 units of affordable housing, is an example of preserving a neighborhood icon while providing a decarbonized reuse and extending the life of a 100-year-old edifice for another 100 years.
When a building cannot be saved, the recovery and reuse of deconstructed materials also minimizes the carbon footprint of waste transport and expanded landfills. Today’s deconstruction trades provide opportunities for a larger skilled labor force. Formally structured salvage processes are now being utilized to make deconstruction safer, better organized, and more efficient.

Hopefully, the prevalent model of post-World War II wasted resources and planned obsolescence has met its end. The influence of relative contentment of a wasteful society has unfortunately included the devaluation of human life, our most precious asset. Homelessness and the burgeoning prison population in the U.S. illustrate that, as a society, we accept that some lives are also disposable. Our attempts at decarbonization will be meaningless if we don’t include a commitment to the full deployment of our human resource. 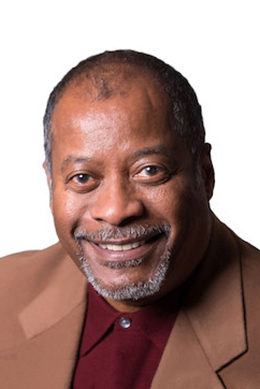 Solutions to many of our most challenging social ills can be found by learning from the past to create a new environmentally-friendly and economically-sustainable forward view. Initiatives that make use of the diverse ideas and wisdom of every citizen can expand and invigorate the decarbonized movement as it grows beyond a minority of exclusive people and practices into a broad, inclusive, mainstream standard. Addressing the decarbonization challenge will require the transformation of building materials and markets. Can we leverage this transformation to open positive opportunities for the Black community with new jobs, new education, new businesses and new business models?

Donald I. King FAIA, as founder and former President of the DKA architecture firm in Seattle, led his firm for over 30 years. He is currently Principal Architect of Mimar Studio, a predevelopment planning and design consultancy, and is an Affiliate Professor of Architecture in the College of Built Environments at the University of Washington. This article is an updated version of an article first published by Professor King as part of an AIA Seattle forum on environmental stewardship in 2010.

CLF Seattle: The History of a Regional Hub