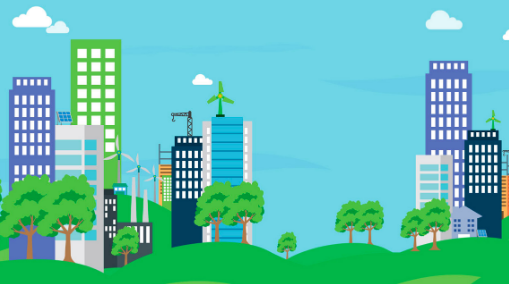 Through the Advancing Net Zero project, and in partnership with European Climate Foundation, Children’s Investment Fund Foundation, C40 Cities and Ramboll, this WorldGBC ‘call to action’ report focuses on these emissions, as part of a whole lifecycle approach, and the systemic changes needed to achieve full decarbonisation across the global buildings sector.

Buildings are currently responsible for 39% of global energy related carbon emissions: 28% from operational emissions, from energy needed to heat, cool and power them, and the remaining 11% from materials and construction.

Towards the middle of the century, as the world’s population approaches 10 billion, the global building stock is expected to double in size. Carbon emissions released before the built asset is used, what referred to as ‘upfront carbon’, will be responsible for half of the entire carbon footprint of new construction between now and 2050, threatening to consume a large part of our remaining carbon budget.

Therefore the built environment sector has a vital role to play in responding to the climate emergency, and addressing upfront carbon is a critical and urgent focus.

In the report, WorldGBC has issued a bold new vision that:

The report is critical to create a conversation around the value and importance of embodied carbon, with the aim of creating and stimulating market demand for transparency, improvements, and verification of embodied carbon reductions.

WorldGBC engaged with over 200 stakeholders throughout the process to produce the report and at the time of release has garnered over 80 endorsements from across the entire building and construction value chain including developers and construction companies, financial institutions, city networks and government, as well as industry representatives from concrete, steel and timber and many more.

In March 2018, WA State commissioned the Carbon Leadership Forum to carry out a Buy Clean Washington Study to inform policy options and...

In Fall 2018, the Carbon Leadership Forum and C-Change Labs launched the first development phase of the Embodied Carbon in Construction (EC3) Tool....

In collaboration with 22 community partners, the Carbon Leadership Forum helped convened the Carbon Smart Building Day at the September 2018 Global...