A building block in most construction projects, concrete is responsible for about 8 percent of global carbon emissions. Several companies are working to create a greener mix.

On any given day, Central Concrete, in San Jose, Calif., does what concrete companies have been doing for centuries: combining sand, gravel, water and cement to create the slurry that is used in construction.

But Central — one of a handful of companies at the forefront of a movement to make a greener concrete — is increasingly experimenting with some decidedly new mixtures.

In one part of the plant, carbon dioxide from a chemical gas company is injected into the concrete, locking in that greenhouse gas and keeping it out of the atmosphere, where it would contribute to global warming. Elsewhere, engineers tinker with the recipe for concrete, trying out substitutes for some of the cement, which makes up about 15 percent of the mix and functions as the glue that holds it all together. 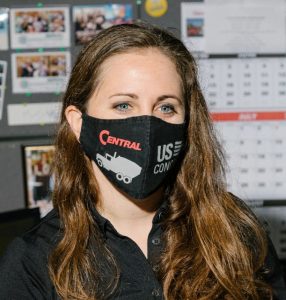 Cement, however, is also responsible for most of concrete’s carbon emissions — emissions so high that some have abandoned concrete for alternative building materials like mass timber and bamboo.

“People are getting smarter about where global-warming impacts are coming from,” said Amanda Kaminsky, principal of Building Product Ecosystems, a consulting firm in New York. “Concrete is responsible for a disproportionate chunk.”

Central, part of U.S. Concrete, a manufacturer based in Texas, is making progress tackling the problem: Low-emission concrete makes up 70 percent of the material the company produces annually, up from 20 percent in the early 2000s. The plant’s push to decarbonize “has really accelerated in the last three years,” said Herb Burton, vice president and general manager of U.S. Concrete’s west region.

Guiding Central’s effort is U.S. Concrete’s national research laboratory at the plant in San Jose. Headed by Alana Guzzetta, an engineer, the lab scrutinizes technology and products developed by other companies, deciding whether to put them to the test and, ultimately, incorporate them into its operations.